A Tool and a Fool. Did The Edge plan to get themselves suspended?

It seems the Malaysian Home Ministry's directive to suspend the publishing permit of The Edge Weekly and The Edge Financial Daily for three months from July 27 has caused a big reaction and hue and cry from the public, fellow media companies, politicians and of course all those self-proclaimed defenders of "Freedom of Speech/Press/Expression", truth, justice and the American way.

In my opinion, I think many may have fallen into a clever and pre-planned scheme by The Edge's to project themselves as whistle-blower, as the victims and generally to garner lots of sympathy from less alert people.


I suspect that The Edge actually wanted to get itself suspended.

When you look at the time-line, you will understand why.


At this point in time, all the fingers pointed to Sarawak Report and Clare Brown made a big hue and cry about protecting Xavier Justo. And even wrote an open letter slamming the Switzerland government of not protecting their citizen.

At this point in time, no one suspected The Edge of colluding with Clare Brown and being a part of the dealings with Xavier Justo. The Edge also kept silent about the arrest of Justo and passed no commentary on it.

The home minister said after receiving a report on the arrest from their Thai counterparts that included forensic analysis of the leaked data, that the Malaysian authorities concluded the documents had been tampered with in a bid to tarnish the joint venture.

“We found from the forensic aspect that the leaked data downloaded by the former executive with malicious intent... to distort facts about the transaction between 1MDB and PetroSaudi and the leaked data was published in Sarawak Report and The Edge.

During this period of time, The Edge, whether in its weekly or its daily, kept their word and no longer published articles on 1MDB based on information from the allegedly stolen and tampered PetroSaudi documents.

Again, during this period of time, The Edge, continued its silence on the 1MDB and PetroSaudi dealings.


At the same press conference, the Thai Police also confirmed that the data was tampered in small but important ways in a bid to undermine the government and overthrow the government. And worst, Thai Police says it has all the proof given by Justo on who and how these people were involved..

For the first time, Thai Police essentially hinted that The Edge had become a key suspect.

Ever skeptical, MalaysiaKini probably did not believe those crony-crony newspapers (such as Straits Times and Bangkok Post from and later on the same day, MalaysiaKini decided to personally contact Thailand Police spokesperson Major-General Prawut Tavornsiri only to be told by the Major General the following:

"Asked whether the tampering was extensive, Thai police spokesperson major-general Prawut Tavornsiri told Malaysiakini: "The changes are small, but important".
He said Thai police had made this deduction after interviewing Justo, who insisted to them that only the original documents from PSI were passed on to others.

Front page stuff too. Quite impossible not to have noticed it. 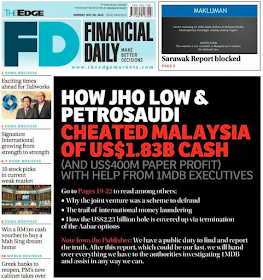 The Word "Cheated" was used despite all the two Big 4 independent audit companies in their certified audits spanning many years and the interim Auditor General report stating no evidence of money being lost.

Even the Parliamentary Accounts Committee  (PAC) would not even dare to announce this conclusion of money "cheated".

And yet The Edge did use that Cheated word.

In fact, 1MDB didn't even bother going on a point-by-point rebuttal on this article, as 1MDB had been frequently doing recently, simply issued a short press release saying:

"We are surprised that these old and unproven allegations are being recycled yet again, when in fact there are multiple ongoing investigations being conducted by the lawful authorities on the issues raised previously." said 1MDB

Note: Much of the summary article that The Edge is factually incorrect  which 1MDB had pointed out in their press statements multiple times.

I have also pointed out the errors many times before on my FaceBook page and also in the following blog posts since I started this blog two months ago:


And this was despite having received a show-cause letter from the Home Ministry and the The Edge's own commitment not to use those documents anymore.

Now, if you were the Home Minister and having issued a show-cause letter and The Edge having publicly stated that they will refrain from using the stolen and possibly tampered letters, what would you do?

In essence, The Edge is telling the Home Minister "Up yours KDN and you can stick your stupid show-cause letter where the sun don't shine. I am going to publish it big-big and put it on my cover too. What are you going do about it, huh?"

Should the home ministry just twiddle their thumbs and pretend nothing happened or just issue a "please don't do it again" letter?

Of course the Home Minister was left with NO CHOICE but to suspend the Edge.

In fact, KDN should have been bolder and not just suspend their printed dailies and weekly and went all the way and requested MCMC to suspend and block all their digital versions including Malaysia Insider.

I mean, if you want to suspend, you don't take half-measures.

Singapore did this just a few months back by completely disabling their opposition portal "The Real Singapore" even though the charges had not even gone to court yet.

If Singapore can do it, why can't we?

Breaking their own promise to refrain, ignoring the show-cause letter, publishing that article and having such a controversial cover page, it's as if The Edge is forcing the hands of the Home Minister to suspend them.

To not suspend them means, any future directive from the Home Ministry can simply be ignored.

In fact, The Edge expected this was coming and wrote in their article: "We have in this report, which is possibly the last on this subject, laid out all the key facts.."

It wasn't until the exclusive interview with Xavier Justo by Singapore's Straits Times was published two days ago on 24th July 2015 that we found out the reasons why The Edge acted this way and practically begged to get suspended.

In that interview, you would reach the following conclusions:

"I gave the original documents without any kind of alteration," he claimed. "I can say that I gave those documents to two groups of people," he added. One was Ms Rewcastle-Brown and "her IT guy" and the other was the Malaysian businessman and his colleague.

He alleged that those he met had talked about using the documents "to try to bring down the Malaysian government", adding that they also referred to plans to "modify the documents".

Conviction of any of the above crimes in any of the various affected jurisdictions would mean lengthy jail sentences and all the proof is there and a signed confession from a key witness too.

The Edge KNEW that they could not escape so easily and that they were essentially screwed.

The Edge is probably banking on a Trial by Media and incite public sentiments to try to prove themselves as innocent when they know that due to overwhelming evidence, their chances of escaping any charges are slim to none now.

Truth to be told, trying to act like a hero and trying to draw sympathy is pretty much all that The Edge can do right now.

It's got nothing to do with them being brave, if not, they would not have publicly agreed to stop publishing those emails then and actually refrained for one month.

It's because they were publicly identified and named by Thai Police and Justo that they knew their end was near and hence they had to make this final step to get themselves banned and at least, win some public support.

Yes, many of us have been used by The Edge.

In the process, many people got used.  But then again, this is Malaysia and us Malaysians are easily used all the time - like when we were used by stories of 40,000 Bangladeshi and Blackouts that never happen even though so many of us were absolutely convinced all these happened - but yet, it didn't happen as we all soon found out.

Note:, If you are thinking that the bunch of bankrupts accusing Sarawak Report of forging documents are not credible,. please read this one and you will realize how easily your attention is diverted and how easily your perceptions are being manipulated.

Here's my final message to The Edge and all their fellow conspirators.: 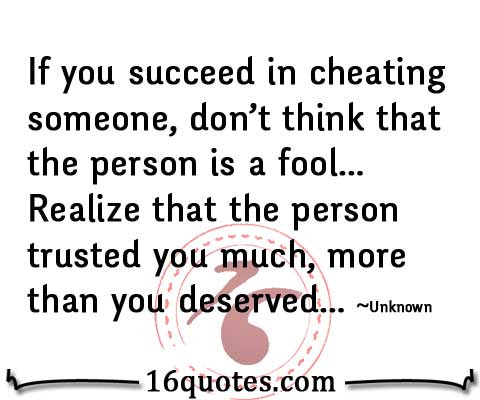